The Australian Paralegal Foundation is a registered Charity Organisation with the ACNC which fosters a better understanding of the law in the Community.

The Premier's Declaration of a State of Emergency 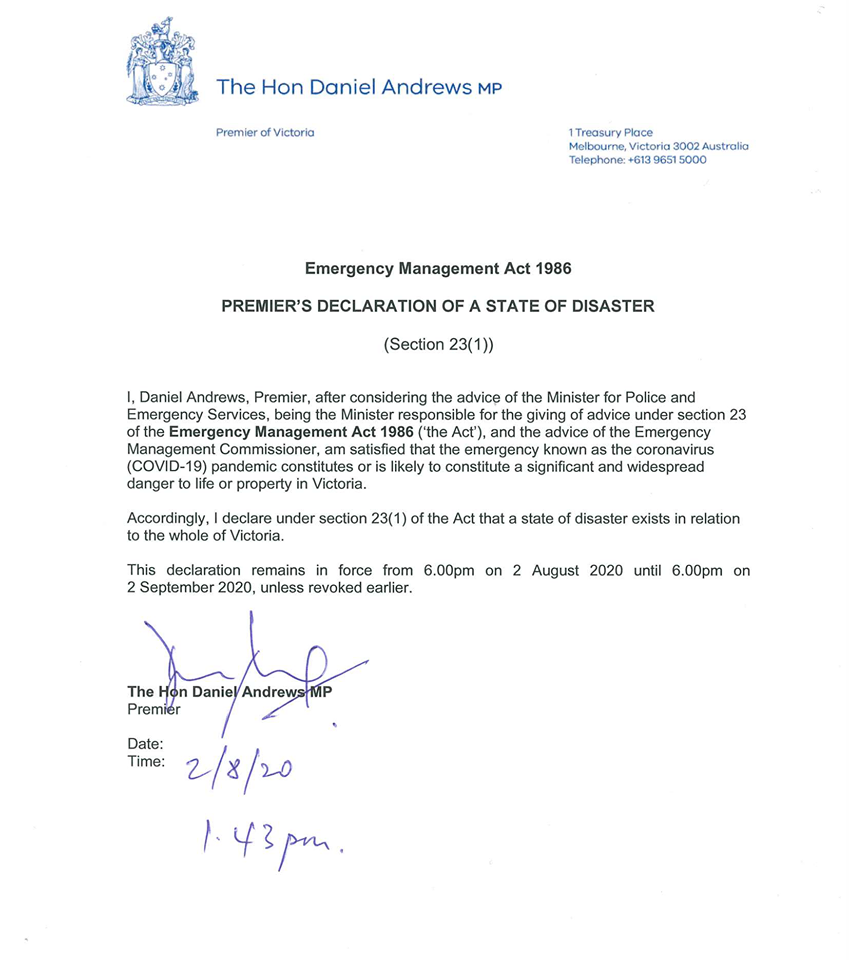 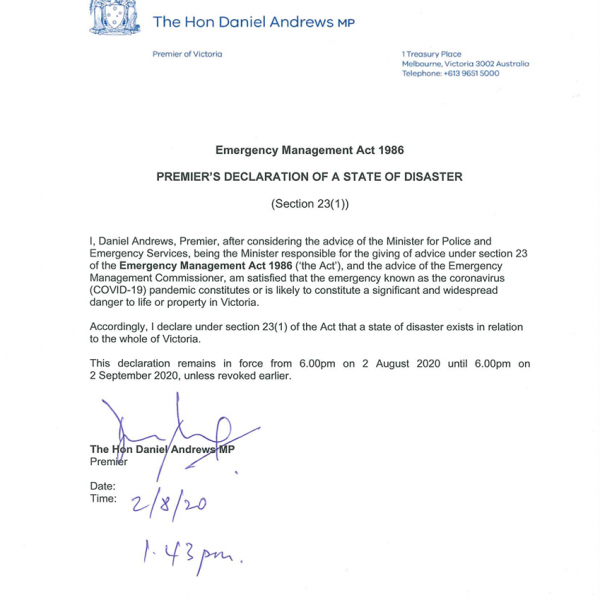 Normally this wouldn’t get through ethic approval in Australia, but now this is acceptable under public health emergency laws? Is there legal any way of getting scrutiny of current decisions being made?

My Employee Cannot Return to Australia Because of Coronavirus. What Can I Do?

Can I fire them and hire someone new?

If your employees are restricted from returning to Australia because of the current outbreak of coronavirus (COVID-19), your business may be affected. If your employee can only perform their role from Australia, you may face the challenge of filling their position in their absence. This article sets out how to manage employees who cannot return to Australia due to coronavirus and whether you can quarantine employees returning from overseas.

Employee Cannot Return to Australia Due to Coronavirus | LegalVision

Attorney-General Christian Porter says the government will consider detaining people under the biosecurity act who refuse to comply with “absolutely necessary” measures amid the coronavirus outbreak.

NSW Police aimed to conduct almost a quarter of a million personal searches last financial year as part of a quota-driven system slammed as a politically motivated "numbers game" by the state's ex-top prosecutor.

Figures revealed under freedom-of-information laws show individual police area commands are set targets for the execution of powers such as searches and move-on orders, as well as addressing an array of crimes, with people in some areas targeted for searches at nearly 13 times the average rate.

The decision exposes the water authorities and the Queensland Government to the damages and costs of the group members, which may be quantified in the hundreds of millions of dollars. Once those losses are quantified and paid, it is likely to become the largest ever class action in Australia.

So in QLD they are advertising everywhere ‘no need to fear, corona virus risk is real low in QLD’ and then they just rushed through this shit show...you know how far reaching these powers are..there is a good reason they should apply every 7 days! ‘Emergency powers granted to Queensland's most senior health officer to try to contain the spread of coronavirus has been extended, with Parliament passing urgent amendments to the law on Thursday.The changes mean chief health officer Dr Jeannette Young can be granted emergency powers for three months at a time, instead of having to have them renewed every seven days.’ 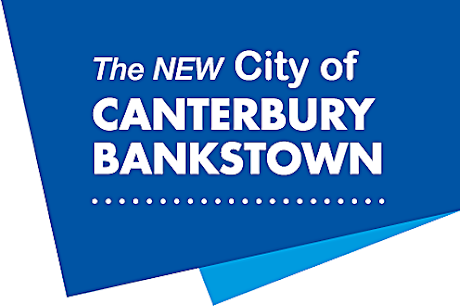 The pitfalls of pursuing an action against a Council

Canterbury Bankstown Council successfully defended a claim by a plaintiff pedestrian who suffered a fall as a result of a crack which formed around a Telstra pit. The plaintiff was unable to establish the risk of harm was not insignificant, and the Court also explored the protections offered to roads authorities under section 45 of the Civil Liability Act 2002 (NSW) (‘CLA’).

The key issues for determination by the Court were:

On 27 February 2016, the plaintiff was walking on a footpath, accompanied by her son, when she tripped on a crack which had formed around a Telstra pit.

The plaintiff alleged the defendant Council owed her a duty of care to ensure the pit and its surroundings were maintained in such a matter as to not create a hazard for pedestrians walking in the area including the plaintiff.

The Decision at Trial

His Honour found in favour of the defendant, concluding that “the risk of harm was not only not significant, but insignificant”. That finding was based on the plaintiff’s evidence concerning the fall, the photograph of the crack and the distinct lack of expert evidence about the physical properties of the crack.

Notwithstanding the finding that the Council was not negligent, his Honour took the opportunity to review section 45 of the CLA, which provides special non-feasance protection for “roads authorities”, such as the Council. Section 45 provides that a roads authority cannot be found liable for harm arising out of a failure to carry out road works, or to consider carrying out road works, unless at the time of the alleged failure the roads authority had actual knowledge of the particular risk that materialised.

The decision reinforces the protections that section 45 CLA offers roads authorities, including Councils, in claims that arise out of injuries sustained on public footpaths and roads..

The Premier's Declaration of a State of Emergency

The pitfalls of pursuing an action against a Council

The Tort of Negligent misrepresentation - Where you are owed a duty of care for the advice you rely upon.

Search
Are you sure?
Please, enter a value here
SSL Certificates