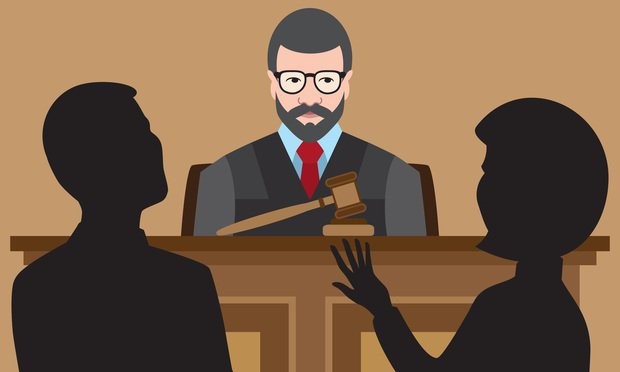 This case involves a Father who consents to a Family Violence Intervention Order, then appeals the decision of the Magistrate to impose it for 2 years to the County Court. The Father loses his appeal in the County Court, who extends it from 2 years to 18 years and includes his unborn child in the orders.

This case is an appeal to the Suprem Court of that County Court decision with an application for judicial review filed by the plaintiff on the ground the basis of fraud and that the judge was biased.

In the County Court, XY claimed that her husband OP had committed numerous instances of family violence during their relationship.  This ranged from physical violence and unwanted sex to psychological manipulation and humiliation.  While OP denied these claims, and made his own against XY, he ultimately consented (without admissions) to a family violence intervention order (“FVIO”).

On the factual findings made by the judge, OP’s behaviour was shameful and destructive.  Equally striking, however, was the length of the FVIO fixed by her Honour, for it was increased from a two-year term to one of 18 years’ duration.  Not surprisingly, that decision is a major reason why OP seeks judicial review.

OP now applies to this Court for judicial review of the judge’s decisions and related orders. OP argued that he felt he had no choice but to consent to the order because of actual or apprehended bias displayed by the judge when making rulings.  His complaints in respect of the judge’s refusal to allow him to abandon the appeal include not only bias and apprehended bias, but also failure to consider relevant matters, procedural unfairness, inadequate reasons,  Wednesbury unreasonableness and illogicality.

As to the duration of the FVIO, he relies on similar grounds, as well as a failure properly to apply the Briginshaw test.  He also seeks to rely on fresh evidence, of two different types, to set aside the order or challenge its duration.  There is fresh evidence that the judge caused the release of transcript of the appeal to OP’s business rival without any warning about restrictions on publication. This behaviour, OP submits, demonstrates actual or apprehended bias.  Other items of fresh evidence, OP submits, show perjury (and therefore fraud) by EF in her evidence on the appeal.  Finally, OP submits that, despite his lack of opposition in the court below, the judge exceeded her jurisdiction by including the child in the order.

Ms Wong, who appears for XY in this Court, submits that OP’s grounds for relief should be rejected. In her submission, those grounds are misconceived, effectively invite merits review or are not established.  While Ms Wong concedes that there may be error in the inclusion of the child in the FVIO, she submits that any such error is within jurisdiction.  She also submits that the fresh evidence is not admissible or does not establish the fraud required to set aside any of the judge’s orders. Accordingly, in her submission, the application must fail.

Issue: Should the court grant the application for judicial review?

This application is not an appeal of the kind in which the court is entitled or required to substitute its views on the evidence for those of the County Court judge.  Instead, this Court’s jurisdiction on an application for judicial review is merely supervisory, not appellate, and is strictly confined in consequence.

In exercising this jurisdiction, the court is not to assess the merits of the decision, but must consider only whether the court below exceeded its jurisdiction and whether it observed the law in reaching the relevant decisions. Perhaps counter-intuitively, as the court already intimated, even if the judge below erred, but did so within jurisdiction, still there would be no relief by way of judicial review.

The court is not satisfied that OP’s claims of actual or apprehended bias are established, whether examined with or without the fresh evidence.  Instead, the court is persuaded by Ms Wong that the asserted errors (except perhaps one) are not established or are otherwise within jurisdiction.

While it is plain that the judge exceeded her jurisdiction by including the child in the order by reliance on a power that was not available on the evidence, that order is supported by another power which turns upon OP’s lack of opposition, and the consent XY implicitly gave, at the hearing.  Finally, although the fresh evidence may give rise to concern about EF’s credibility, the court is not satisfied that it compels the setting aside of any aspect of the FVIO on the basis of fraud or the like.

Conclusion: Accordingly the would dismiss the application for judicial review.