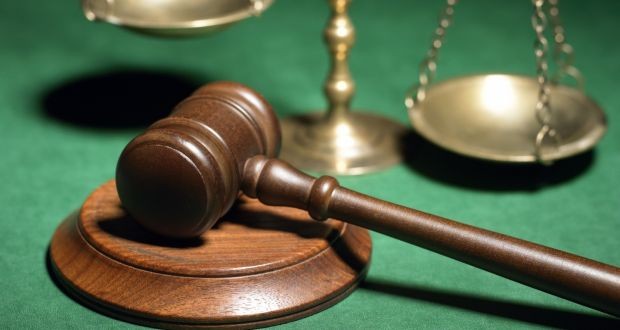 The Federal Executive of the Liberal Party resolved to exercise a power of intervention under cl 12 of the Party’s Federal Constitution.  The constitution of a party authorises the Federal Executive to intervene in the management of a State Division.  However, the plaintiff submitted that the internal party processes of pre-selection raised justiciable issues.  The Court, in resolving this dispute, applied Cameron v Hogan (1934) 51 CLR 358; [1934] HCA 24.

The plaintiff, who is a member of the State Council and State Executive of the NSW Division of the Liberal Party of Australia, sought to impugn the validity of steps taken by the Federal Executive which, by resolution of 4 March 2022, established a committee with power to endorse three incumbent Liberal members of the Parliament as Liberal candidates to recontest their seats.

The plaintiff challenged the validity of the resolution of Sunday, 6 March 2022 exercising the power of pre-selection.  The substantive argument turned on the correct construction of the Party’s Federal Constitution and, in particular, cl 12.3.  The first, second and third defendants (being the members of the committee established by the Federal Executive, the “committee defendants”) contended that the issue raised is purely one of construction of the internal rules regulating the operation of an unincorporated association, albeit a national political party, being a matter held by the High Court in Cameron v Hogan to be non-justiciable.

The plaintiff sought orders appointing persons to represent (a) members of the New South Wales Division of the Party who were not already joined, and (b) members of the Federal Executive who were not already joined.  This was opposed.  Further, although the statement of claim sought only declaratory relief, at the hearing the plaintiff proposed an amendment seeking injunctive relief preventing the registered officer requesting the Electoral Commissioner to print the names of the purportedly endorsed candidates on the ballot papers.  On 30 March 2022, the committee defendants identified a perceived need for the service of notices under s 78B of the Judiciary Act.

On 30 March the Court directed that notices be served on the Attorneys by 2pm that day.  The hearing was delayed from 31 March 2022 to 1 April 2022.  The directions hearing on 30 March 2022 took place whilst the proceedings were listed in the Equity Division.  A member of this Court gave directions.  One involved the removal of the proceedings to the Court of Appeal, a matter which had originally been sought by the parties, but before appropriate grounds could be formulated to support the motion.

The Court had refused an earlier application for removal in a matter involving the same parties and disposed of by Ward CJ in Eq on 25 February 2022.  At the directions hearing on 30 March 2022, the committee defendants submitted that the Court should stay its consideration of the matter until an application by them to remove the matter to the High Court was determined.  The removal application was heard by the High Court on 31 March 2022.  Chief Justice Kiefel ordered that the whole matter before this Court be removed (while noting that the constitutional issue sought to be raised might be described as “tenuous”), but proceeded immediately to remit the matter to this Court.

I. Whether or not the party pre-selection process is justiciable.

II. Whether or not statutory provisions create an interest in members allowing the Court to enforce procedures under Party Constitution.

III. Whether or not the power to endorse candidates for election is an exercise of management function.

IV. Whether or not the power to endorse a candidate is subject to Constitution of State Division.

Associations Incorporation Act 2009 (NSW), s 26 - provides that an association's constitution binds the association and its members to the same extent as if it were a contract between them under which they each agree to observe its provisions.

Civil Procedure Act 2005 (NSW), s 56 - facilitates the just, quick and cheap resolution of the real issues in the proceedings.

Commonwealth Electoral Act 1918 (Cth) s 4 - provides that a “political party” is defined to mean “an organization the object or activity, or one of the objects or activities, of which is the promotion of the election to the Senate or to the House of Representatives of a candidate or candidates endorsed by it”.

Commonwealth Electoral Act 1918 (Cth) s 123 - provides that an “eligible political party” is a political party that either has a member of Parliament as a member or has at least 1,500 members and is established “on the basis of a written constitution (however described) that sets out the aims of the party”.

Commonwealth Electoral Act 1918 (Cth) s 125 - provides that the register merely contains a list of the names of, and details concerning, registered political parties.

Commonwealth Electoral Act 1918 (Cth) s 141 - provides for a review of such decisions, by way of application to the Administrative Appeals Tribunal.

Commonwealth Electoral Act 1918 (Cth) s 163 - specifies qualifications of candidates by reference to age, citizenship and entitlement to be an elector.

Commonwealth Electoral Act 1918 (Cth) s Pt XI - provides for the registration of political parties for the purposes of the Act.

Commonwealth Electoral Act 1918 (Cth) s XIV - deals with nomination of candidates, and states that no person shall be capable of being elected as a Senator or Member of the House unless duly nominated.

Judiciary Act 1903 (Cth), ss 39, 40, 44, 78B - provides that where a cause pending in a State court involves a matter arising under the Constitution or involving its interpretation, the court is not to proceed unless and until notice has been given to the Attorneys General of the Commonwealth and of the States specifying the nature of the matter, and the Attorneys have had a reasonable time to consider the question of intervention in the proceedings or removal of the cause to the High Court.

Uniform Civil Procedure Rules 2005 (NSW), r 36.16 - provides that unless the Court otherwise orders, a judgment or order is taken to be entered when it is recorded in the Court's computerised court record system.

Asmar v Albanese (No 4) [2021] VSC 672 - provided that the Electoral Acts do not seek to regulate the internal affairs of political parties, for example, they do not require the Electoral Commissions to approve amendments to their Constitutions or Rules nor do they prescribe procedures for resolution of disputes between branches and members and between branches and the National Executive.

Baldwin v Everingham [1993] 1 Qd R 10 - treated the fact that the issue was one of public importance as sufficient to render all questions as to the internal processes justiciable, provides an inadequate basis for distinguishing Cameron v Hogan.

Butler v Mulholland (No 2) [2013] VSC 662 - Robson J addressed a dispute within the Democratic Labor Party as to who was the secretary of the party and the person responsible for providing details to the electoral officer for registration under the Victorian legislation.

Cameron v Hogan (1934) 51 CLR 358; [1934] HCA 24 - binding authority that disputes arising from the application of the rules of an unincorporated political party are not justiciable.

Edgar and Walker v Meade (1916) 23 CLR 29; [1916] HCA 70 - concluded that disputes concerning the rules of a voluntary organization became justiciable when the voluntary association attained (what Dowsett J described as) ‘significance in public affairs’.

LNC Industries Ltd v BMW (Australia) Ltd (1983) 151 CLR 575; [1983] HCA 31 - provides that the Court, in dealing with the Electoral Act, would be dealing with an issue arising under a federal law and would therefore be exercising federal jurisdiction.

Ruddick v Commonwealth of Australia [2022] HCA 9 - explained that the other contextual factor relating to the registration of political parties was the provision of direct funding for political parties.

Setka v Carroll (2019) 58 VR 657; [2019] VSC 571 - involved a challenge to the expulsion of the plaintiff from the Australian Labor Party by resolution of the National Executive.

Although the Court in Cameron v Hogan made no reference to any electoral legislation, presumptions as to the nature and operation of political parties were probably influenced by that legislative context.  The joint reasons in Cameron v Hogan did not conclude that no issue as to the operation and management of a voluntary association could be the subject of proceedings in a court.   The joint reasons acknowledged that proceedings might be brought to enforce a proprietary interest in property held by a voluntary association and to enforce contractual rights between members (if any).  There might also be an action in tort if members of the association took steps in reliance upon an attempted expulsion from membership which steps were resisted.

The plaintiff’s basis for distinguishing Cameron v Hogan was the changed statutory scheme for the regulation of political parties.  The issue, however, is not whether the Electoral Act has changed significantly since 1934 (which it clearly has), but whether the changes warrant intervention in a particular case.  The existence of a dispute does not enliven the jurisdiction of the Court to determine the dispute.  There was a dispute in Cameron v Hogan, but the Court did not have power to determine it.

The plaintiff contended that statutory recognition of the process of endorsement gave rise to a right enforceable at the behest of an interested party member, to have the court determine the validity of the internal process by which the endorsement occurred.  Statements that pre-selection disputes have a “close connection” with provisions of the Electoral Act concerning nomination, endorsement and funding fall short of explaining why a dispute between the members of an organisation whose rules lack contractual force may become justiciable.

The public interest in the operation of major political parties does not justify judicial intervention in internal party disputes generally.  The provisions in the current Electoral Act providing for party registration, candidate nomination and endorsement, and public funding do not purport to affect the general internal operations of political parties.

The Court ordered to dismiss the statement of claim filed on 15 March 2022 in the Equity Division, removed into this Court by order made on 30 March 2022 and remitted by the High Court of Australia on 31 March 2022.