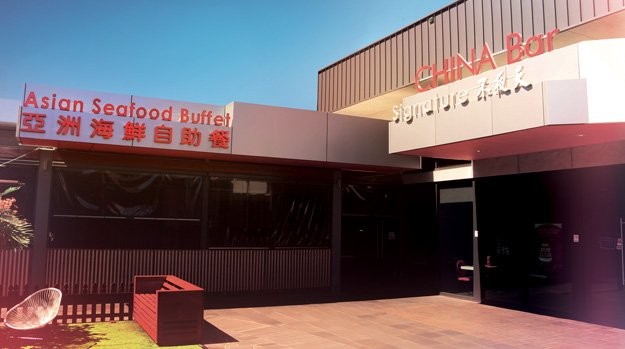 Respondents failed to pay the parties appropriate pay rates to employees. The parties seek from the court declarations of contravention and imposition of pecuniary penalties against the respondents.  Determination of penalties are guided by significance of general and specific deterrence as well as the totality principle.

The applicants seek various declarations of contravention, pecuniary penalties within a range proposed by consent of the parties and various consequential orders.  The respondents seek that the lowest penalties be imposed.  The First Respondent conceded that it contravened provisions of the Fair Work Act in relation to Mr Yongli's employment in China Bar by failing to pay the minimum rates of pay, annual leave entitlements on terminations, split shift allowances and superannuation contributions.

There was also failure to keep employee records, give pay slips and false or misleading records were made.

The second (sole director of the first respondent) and third respondents (bookkeeper) have each conceded that they were involved in these contraventions for the purposes of s. 550(1) of the Fair Work Act but later on expressed contrition and have cooperated with the applicant.  The First Respondent submits that general deterrence is a relevant consideration since the restaurant industry which has consistently been recognised as notorious for underpayment of employees, particular vulnerable overseas workers while the applicant asserts that while the First Respondent remains registered, specific deterrence remains a relevant consideration particularly given the second respondent’s ongoing role in numerous other companies.

Whether or not the penalties reflect the need for general deterrence.

Fair Work Act 2009 (Cth) 'FW Act' - requires just and proper administration of payment to Employees.
Fair Work Regulations (2009) (Cth), regs.3.44(1), 3.44(6) - provides for the regulations related to keeping records with respect to the Employee's salary.
Kelly v Fitzpatrick [2007] FCA 1080; (2007) 166 IR 14 - provides for the totality principle in assessing penalties to be imposed.  Discusses the important of specific and general deterrence in determining appropriate penalties.
Analysis:
Pursuant to the totality principle, penalties should not be at the upper end of the agreed scale since this is not a case of repeat offender, the respondents fully cooperated lasting change, and the question as to the proper basis for proceedings against the third respondent.  Specific deterrence is not relevant in relation to the first respondent because he does not currently employ staff and has no intention of doing so.  Since the first respondent works in a restaurant industry notorious for underpayment of employees, general deterrence is a critical factor.  General deterrence is also relevant in relation to the third respondent to ensure that employees who perform payroll or human resource functions put their responsibility to comply with the law above their own interests, including their own job. security
Conclusion:
The Court ordered a penalty at the lower end of the agreed scale in the sum of $19,500 for the Third Respondent who was effectively directed to take on additional responsibilities but not provided with any training to support her in her new duties, strikes the right balance.  A penalty in the mid-range of the agreed scale is adjudged to the first respondent and the second respondent.  In the case of the first respondent, a penalty of $249,000, having contravened civil remedy provisions from the FW Act and in consideration of his seniority.  In the case of the second respondent, a penalty of $41,250 since the first respondent not only failed to provide the Employee with his entitlements, and failed to maintain accurate records which would have assisted in the investigation phase, but actually maintained records which the second respondent, as the directing mind and will of the first respondent, knew were false and misleading.
0 0 0 0 0 0 0
Comments (0)