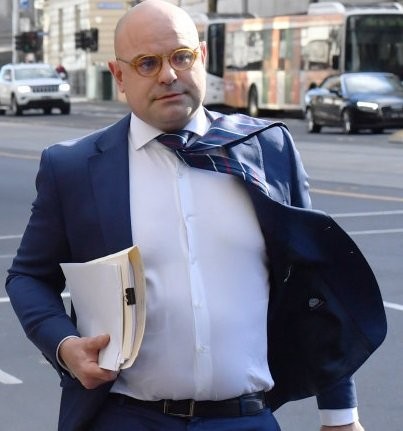 The respondent, a former solicitor, allegedly breached a Court order restraining him from law practice and representing himself as one entitled to engage in legal practice.  It is disputed whether or not the application for contempt should be dismissed on the ground of triviality.

Glenn Thexton was suspended from law practice upon the appointment of Nick Curran, except under direct supervision of the latter.  Thexton then paid a locksmith to change the locks of the premises where his law practice was conducted which prevented the newly appointed manager from accessing files.  Thexton also made use of the Gmail address representing that he was still entitled to practice law.

The Board applied for him to be punished for civil contempt. Arndt, the landlord’s property agent, testified that Thexton requested to change the locks.  Upon discovery by Curran’s staff, Curran was informed and the latter made demands to Thexton and Arndt for access.  Thexton argues that the testimony of Arndt, against the former was filled with inconsistencies and the case against Thexton cannot be proved beyond reasonable doubt.

Supreme Court (General Civil Procedure) Rules 2015 (Vic) O 75 - summons should particularize with sufficient clarity what was alleged against the respondent.

Rule 75  - where contempt is committed in relation to a Court proceeding, the application shall be made by summons specifying the contempt with which a respondent is charged.

Pursuant to the Rules, Thexton was provided with detailed evidence from the Board’s witnesses before the hearing.  The former did not demonstrate that the summons was unclear but instead emphasized Arndt’s role in changing the locks and denying Curran’s access.

The Board is well within their right to prohibit Thexton’s practice in light of Legal Profession Uniform Law Application Act 2014  s 76(a).  Thexton’s reliance on the case of Advan Investments is untenable because his actions clearly show a serious form of obstruction since it is in the nature of defiance of the Court’s Orders and had Curran spend a huge amount of time to access the Premises.