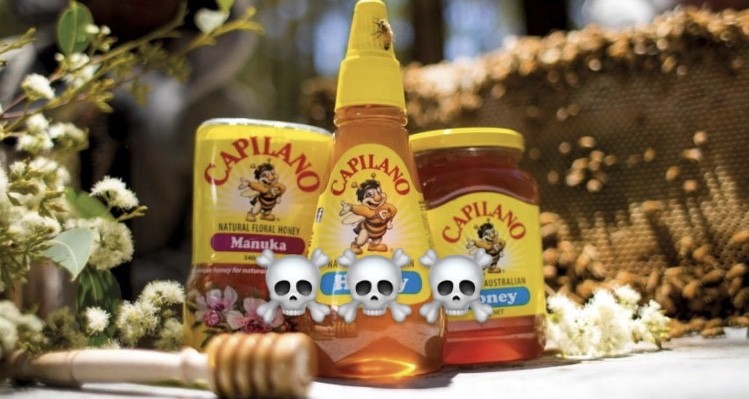 This is a defamation case where the (first) plaintiff alleged that the defendants made assertions that the plaintiff’s company is selling “toxic honey” and also made other personal assertions about the second plaintiff.

Hive and Wellness Australia Pty Ltd (formerly known as Capilano Honey Ltd, and hereinafter “Capilano”) is the first plaintiff in these proceedings. It has brought a claim against Mr Shane Dowling (the defendant) for the tort of injurious falsehood. The chief executive officer (CEO) of Capilano is (and has been for some time) Dr Ben McKee. He is the second plaintiff in this proceedings, and has brought proceedings against the defendant for the tort of defamation.

The proposition of the plaintiffs is that the defendant has posted material on a website, Facebook, and Twitter that is harshly critical of Capilano and Dr McKee. The website is entitled the Kangaroo Court of Australia (“the KCA”), and the Facebook and Twitter accounts are closely linked to it. The fundamental assertion of the defendant about which the plaintiffs complain is that Capilano is in the business of selling honey to Australian consumers that is dangerous to their health, and in particular not properly tested for contaminants. Dr McKee, in light of his central role in Capilano, claims that he is implicated indirectly in that state of affairs by the defendant, and also that he is the subject of direct assertions by the defendant about his bad character.

The publications that are the foundation of the alleged torts are eleven articles that the defendant is said to have digitally published between 17 September 2016 and 11 March 2017 on the KCA website, and that were repeatedly “linked to” and republished on other social media.

The defendant submitted that the failure by the plaintiffs to provide test results that he submitted were called for invites an adverse inference about the quality and safety of Capilano honey. It was also said that there was indeed documentary evidence before in which concerns were expressed about testing methods adopted by Capilano with regard to its products. It is also submitted that it can hardly be said that loss to reputation had occurred by way of the defendant’s publications, because that loss had already been caused by other publishers on previous occasions. It also alleged that the it could not be said to have been motivated by malice, because other media (at the least, a television program from many years ago) was also said to have accused Capilano Honey of selling poisonous and polluted honey.

Issue: Is the defendant guilty of defamation?

There are three elements to the tort of defamation, which a plaintiff must make out on balance to succeed: publication of the subject matter, identification of the plaintiff, and the presence of material with a defamatory meaning within the published matter.

For the first element, the defendant has arguably admitted in a practical sense to engaging in publication via hyperlinks to the “Toxic Honey” article, by stating that it is “possibly true” that the matters complained of were republished on social media. The element of publication (including by way of republication) has been made out with regard to all of the iterations of the eleven publications upon which Dr McKee relied.

For the second element, this element is readily established and has never been in serious dispute.

Lastly, for the third element, it is undeniable that the defendant has clearly stated that Dr McKee is: running a business that endangers the health of Australians; a dishonest person; a corrupt person; a manipulative person; a person who seeks to take advantage of a workplace power imbalance for sexual gratification; and a dangerous and incompetent member of the beekeeping and honey-producing industry.

The defendant relied upon a great deal of evidence of controversy about the safety of the honey of Capilano, whether generated by himself or others. He also submitted that the asserted failure of Capilano to test for certain substances raised a significant concern about contamination. But, he did not place before the court evidence of the actual lack of safety of the product.

In short, the three necessary elements of defamation are established.

Conclusion: The defendant is guilty of defamation.