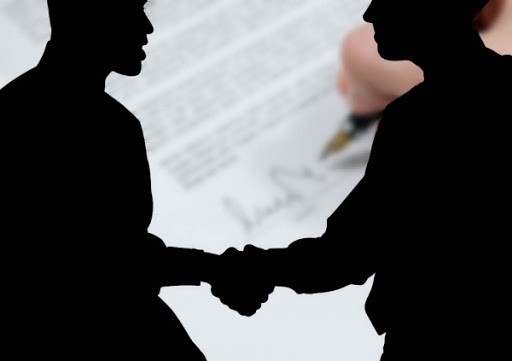 PLAINTIFF SEEKS ENFORCEMENT OF DEED OF SETTLEMENT AGAINST THE FIRST DEFENDANT WHICH INCLUDES AN INTEREST OVER A PROPERTY, HOWEVER, THE FIFTH DEFENDANT CLAIMS THAT SAID PROPERTY WAS ONLY HELD IN TRUST BY IT TO THE FIRST PLAINTIFF

This is a case where the plaintiff and first defendant entered into the Deed settling earlier litigation which required the defendant in that litigation to pay certain amounts and secure its obligations by granting a mortgage over unencumbered real property owned by it. However, said property was only held in trust for the fifth defendant. The plaintiff now seeks the enforcement of the deed ofsettlement.

The plaintiff (Sergienko) describes himself as a company director with businesses involved in aspects of cryptocurrency trading. The first defendant (AXLF) and the third defendant (Roths Holdings) are companies associated with the second defendant, Oliver Roths (Roths). The court referred to AXLF, Roths Holdings and Roths collectively as “the Roths Interests”. The fourth defendant (IWC) and the fifth defendant (DKEC) are associated with Mr Daniel Klisovic (Klisovic), a concreter.

From about 2015, Chalmers advised and assisted Sergienko in connection with various commercial and financial aspects of his business. Sergienko engaged him when he needed help with specific things.

AXLF is the registered owner of a property in Killarney Heights (the Property). The principal contest is between Sergienko and DKEC and concerns competing claims to an equitable interest in the Property.

Sergienko sues to enforce the Deed. He seeks orders that AXLF executes a mortgage in registrable form over the Property, and in default of compliance that a Registrar be empowered to execute all such instruments and do all such things on behalf of AXLF as may be necessary to give effect to the order.

DKEC maintains that from no later than 29 July 2017, AXLF held the Property for its benefit as trustee under the Trust. DKEC contends that if Sergienko does have an equitable interest in the Property, that interest should be postponed to its own interest because Sergienko had notice of its interest. DKEC relies on what it says was the disclosure by Chalmers at Docker’s chambers on 5 April 2018, and in the alternative says that Chalmers held knowledge of its interest as Sergienko’s agent with the consequence that Chalmers’ knowledge is to be attributed to Sergienko.

Issue: Should the Deed of settelment be enforced despite DKEC’s claim over the property?

The court rejects the submission that Chalmers’ knowledge of DKEC’s interest is to be attributed to Sergienko. Chalmers was not, at the time of the Deed, acting as Sergienko’s agent or on his behalf in any way with respect to the entry of the Deed. Sergienko did not retain Chamler in any way with regard to the settlement and the entry into of the Deed. He had no authority to do anything on behalf of Sergienko in relation to those transactions. If he had authority, the court would not attribute his knowledge to Sergienko anyway because he knew of DKEC’s interest and that Sergienko was not aware of it, and as the court has found, did not disclose it. This could not have been inadvertent. If contrary to the court’s finding, Chalmers was Sergienko’s agent, this withholding (as Sergienko argued in final submissions) would have been a fraud on him with the consequence that Chalmers’ knowledge would not be sheeted home to him.

Under the Trust Deed, DKEC expressly conferred on AXLF the means of representing itself as the beneficial owner of the property. It expressly conferred upon it the power to do what it did, notwithstanding that as between them this was a flagrant breach of trust by its trustee. AXLF was an agent which exceeded the limits of its authority but it acted within its apparent indicia. DKEC has a claim against AXLF but Sergienko’s interest prevails against DKEC.

Conclusion: The court orders for the specific performance of the Deed of Settlement.