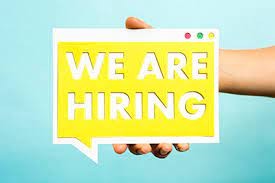 Applicant Lodges Complaint Against Company Hiring Due to Discrimination

The applicant is a 50 year old man who applied for a baking assistant position at the respondent's bakery kitchen but was rejected.  The applicant filed with the VCAT a complaint against the respondent for violating the EO Act due to gender and age based discrimination.

Mr Han, aged in his fifties, filed an application to the Victorian Equal Opportunity and Human Rights Commission against More Cake Pty Ltd, which Lu Wang was trading as, alleging that he has been discriminated against in the area of employment on the basis of his age and gender.  Since Mr Han made an application with the Tribunal, the VCAT made initial directions for the conduct of the proceedings on 2 March 2021.

Mr Han rang the respondent to express his desire to apply for a baking assistant position but was informed that the position was already filled.  On the same day, Mr Han again rang the respondent to discuss why he had not been considered for the position, and to tell the respondent that he considered that the advertisement looking for female staff members aged between 18 and 27 was unlawful and discriminatory.  He lodged a complaint holding More Cakes Pty Ltd liable under section 109 of the EO Act and seeking compensation for his hurt, humiliation and loss as a result of that discrimination in the sum of $15,000.00.

Whether or not Mr Han's was discriminated against based on his gender and age.

Equal Opportunity Act 2010 (Vic); ss  16, 182 - provides that a person must not authorize to publish or publish an advertisement which indicates or could be understood as discriminatory.

The respondent’s has shown evidence that he had chosen a ‘tick box’ age range option on the Yeeyi platform, but testified that he had no reason to prefer that age range, and would have considered applications from persons outside that age range depending on their suitability for the roles.  He also removed the advertisement once informed of its potentially discriminatory content.

The respondent was not prepared to appoint a man to the advertised positions.  While the attribute of gender was not the sole reason for the respondent's unfavourable treatment of the applicant, gender is a substantial reason.  Despite the respondent being motivated by the safety and wellbeing of his spouse who worked alone in the kitchen late at night, his motive is not a relevant consideration.

Mr Han firstly speculated that, had he been employed, he might have earned $1,000.00 a week for a six-month trial period at More Cake Pty Ltd, totalling $26,000.00.  This differs from his stated claim of $15,000.00 to incorporate losses of potential earnings as well as hurt and humiliation.  The advertised positions were part-time in nature and a six-month trial period would not have been offered.  Mr Han has maintained that the effect of discrimination has led to feelings of hurt and humiliation and suggested that he should be awarded $15,000.00 for his hurt and humiliation.  However, there is no medical and psychological evidence in relation to such impact claimed by Mr Han.

The Court concluded that the respondent did not discriminate on the basis on age but of gender.  The Court ordered to declare that Lu Wang trading as More Cake Pty Ltd acted in contravention of Part 4 of the EO Act.  Not being quantifiable given Mr Han's speculations, there will be no award made for the loss of potential income.  There will also be no award for general damages for non-economic loss due to humiliation or psychological injury.