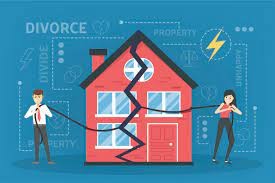 The wife sought from former husband one-half interest in Liverpool townhouse against husband as well as an account of her share of rental income earned on the Liverpool property and appointment of statutory trustees for sale of the property.

Husband opposes wife asserting that the property was purchased by him alone. The Court, in deciding relief, tackles issues of laches and estoppel.

In 1983, the parties made arrangements to bring foreign currency to Australia. The parties purchased their family home in 1987. The couple separated in September 1998, reconciled in 2000 and separated again in about 2002.

The wife seeks a declaration that the husband holds the legal estate in a Liverpool townhouse on trust for the wife in proportion to her contributions to the consideration paid for the property.

The wife seeks a declaration of one-half interest despite claiming that she contributed more than half the purchase price.

She further seeks an account of her share of rental income earned on the Liverpool property and appointment of statutory trustees for sale of the property.

The husband conversely contends that the Liverpool property was purchased with his monies alone. He asserts that the wife's claim is a matrimonial cause and as such, should be determined by the Family Court. The wife is also said to be Anshun estopped and the proceedings to be an abuse of process given earlier family law proceedings in Australia in 2006 and more recent legal proceedings in Poland. The father claims that relief should be refused because of the wife's unwarrantable delay.

Whether or not the defense of laches was established.

Whether or not the wife is estopped.

Family Law Act 1975 (Cth) ss 4, 44, 78, 79 - provides for the definition of a matrimonial cause and that leave is not required to commence proceedings.

Freedom of Information Act 1982 (Cth) - allows for the request of documents from the Department of Immigration.

In determining whether the doctrine of laches applies, account is taken of the length of any delay, the nature of acts done during the period of that delay, whether the plaintiff had sufficient knowledge to justify the commencement of proceedings, whether there has been prejudice to the defendant or others and the nature of the relief claimed.

Since the husband did not give any evidence that he had acted, to his detriment, on the assumption that the wife no longer pressed such a claim, there is no evidence of unconscionable prejudice caused by the delay.

Earlier proceedings were brought to completion against the background of a communicated likelihood of later proceedings being commenced. The wife did not prosecute the family law proceedings to a conclusion by final judgment or settlement but discontinued the proceedings.

The defence of laches not established. The Court found that there was no estoppel nor abuse of process. Parties are ordered to bring in Short Minutes of Order, recording declaration of resulting trust, an account for rent, statutory sale and costs, within 14 days.