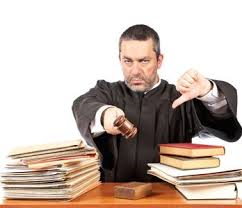 Applicant was previously charged with contempt for disobeying court orders to take down blog posts.  The former applied for recusal alleging that the judges were not impartial, the court considered whether the test for non-impartiality which is the apprehension of bias was fulfilled.

Whether the judge should be disqualified  by reason of the appearance of bias.

The plaintiff is understood to have been personally served as the orders were in the proper form issued by the Court.  The absence of a seal does not mean otherwise.  In applying the apprehension of bias principle, the things said must be decided by the judge who was led by other than legal and factual merits and that there must be an articulation of the logical connection between that matter and the feared deviation from the course of deciding the case on its merits.

The plaintiff failed to point to any statement by a judicial officer which would affect their ability to determine the case in a neutral manner.  The statement by the plaintiff about judges did not lead to apprehension that the presiding judge may decide the case other than on its merits – judge determined earlier motion.

The court denied the application for recusal. The charge of contempt was sustained because once the defendant was ordered to remove the Fifth Blog Post, he did not remove the same and continued publishing. It is considered as a deliberate disobedience to the Orders.